Todd and Julie Chrisley are still absorbing the impact of their bomshell 12- and 7-year prison sentences for bank fraud. In fact, a Chrisley family insider went so far as to say the famous couple and their family are “inconsolable” following the stunning news on November 21. “The entire family was in complete shock, and they still are,” the source told HollywoodLife EXCLUSIVELY. “When they first learned the sentence, they were all hysterical and there was lots of crying from everyone. No one could believe that this was the outcome.”

The family was so shocked, the insider explained, that they didn’t want to see anyone after the news. “Todd and Julie didn’t want to see anyone yesterday except family and they are currently without words,” they continued. “They are inconsolable. Grayson and Chloe are obviously taking this the worst because they all really depend on Todd and Julie. It is such a sad day for all of them.”

The Chrisley Knows Best stars are parents to Savannah, 26, Chase, 26, and Grayson, 16, who was involved in a car accident over the weekend, before the sentencing. Todd also has daughter Lindsie, 33, and son Kyle, 31, from a previous marriage. Julie and Todd were also the legal guardians of Kyle’s daughter Chloe,10, though Savannah now says she has custody of her brother Grayson and niece Chloe.

Now, a more difficult task looms for the extended family — how to approach the upcoming holidays. “With the holidays coming up, they don’t know how they can possibly celebrate knowing that they are going to prison for years and years,” the source continued. “This is their worst nightmare come true. How can they even go shopping and get their parent’s presents knowing that they will not be able to enjoy any of them? This will not be like any of their past holiday seasons because there is no joy right now.” 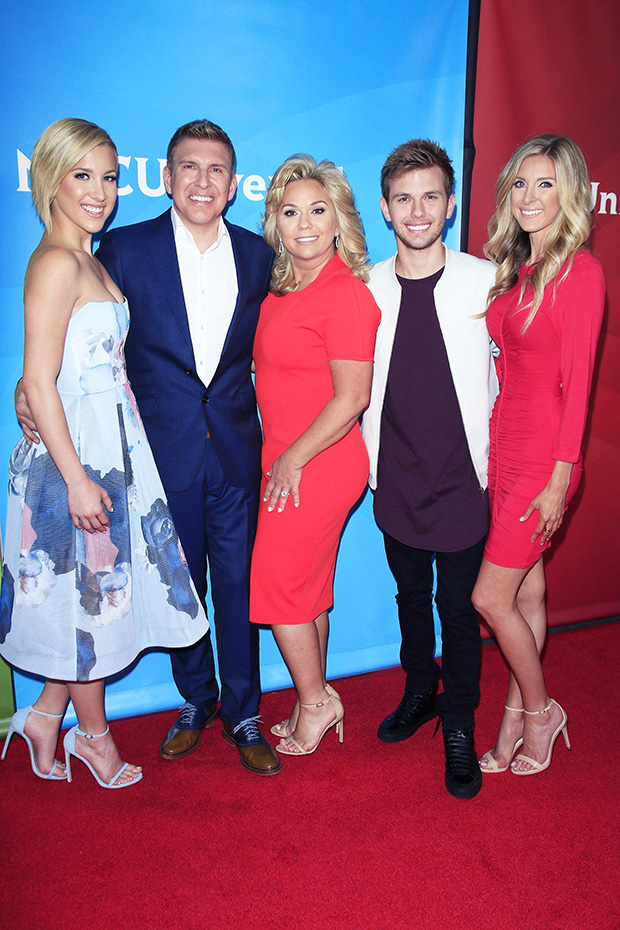 Compounding the grief is the fact that their show, which made them a world-famous commodity, and its spinoff has reportedly been axed following the devastating sentencings. “Chase and Savannah are in utter disbelief because their shows and their fans are their entire world,” the insider explained. “They got served a huge dose of reality yesterday. They don’t understand why Growing Up Chrisley had to be axed especially considering they moved to another network. The decision was made from way above them and they are just hoping that they will find another way to remain on TV.”

Still, at least one family member has reacted with some hope. Savannah took to Instagram stories in the hours following the devastating news with some wisdom. “Noah didn’t stop building the ark to explain himself to everyone who doubted and hated on him,” she wrote. “Keep building your ark. The rain will do the talking.”